When Westin was a baby I caught a cute (and crazy) little bit of him being silly on our bed. In the clip he makes a little scream then plops his head on the bed as if he had narcolepsy. He was just being silly and was not actually falling asleep as the video appears. The clip was so funny Skyler wanted to share it so he uploaded it on YouTube. That's fine I suppose. However, I didn't love it being so public. I am very much a private person. I may have asked him to remove it once or twice, but alas he didn't. Fast forward a few years later, next thing we know, Pampers contacts him asking if they can use this clip in a commercial. We would get a small compensation for it as well. He obliged.
We were compensated for the clip and they let us know a few days ago that the clip was released.
The commercial is an online UK commercial on Youtube and Facebook, etc that is a compilation of youtube videos like ours. A North American version will be released soon. And will be displayed in a public place in NYC.


The commercial made me a little teary. Not because my baby is in it, but because it's just a cute commercial!
Well done Pampers. 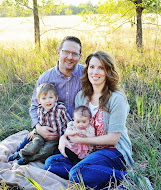